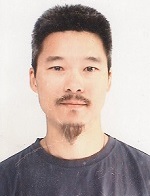 Sifu Kevin Lee has been involved with martial arts all his life.   He started learning Eagle Claw kung fu at age 8.  Since then he has cross-trained in other martial arts including Tae Kwon Do, Aikido, Jiu Jitsu and MMA.   He studied My Jong Law Horn kung fu (迷 蹤 羅 漢 拳) under Sifus Alex Kwok, Phil Poon and George Young in the 1990s and has been studying Northern Shaolin kung fu under Sifu Marquis Lung since 2001.

Sifu Lee has competed extensively at many local and regional tournaments.   He was selected as a Canadian National Traditional Wushu team member and competed at the 3rd World Traditional Wushu Championships in Shiyan, China in 2008.

Sifu Lee teaches Mondays and Thursdays at Confucius Classroom and Tuesdays at the Pinetree location.