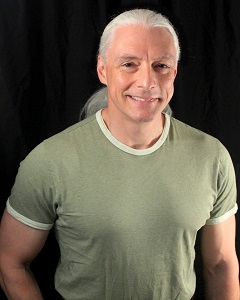 Reg Rozee grew up loving Kung Fu movies (and has an ever-growing collection), but although his father taught him to box before he was 10, he didn’t have the opportunity to study other martial arts until he joined the army when he was 20. He began with Shotokan karate, but finally got to study Kung Fu when he went to university a few years later and studied Shaolin Five Animals style. When he moved to Vancouver in 2000, he began studying Tai Chi and Northern Shaolin Kung Fu under Sifu Marquis Lung. He continued to practice his Tai Chi and Kung Fu while he was away for his career in the navy. Since taking early retirement from his career as a Canadian naval officer, other than practicing Kung Fu he has been freelancing as an editor, studying acting and working as an actor in Vancouver, and playing and composing music while “finally trying to get his band together.”